Objectives:
Recognise the contribution of volunteers and encourage them to participate in volunteer service continuously. 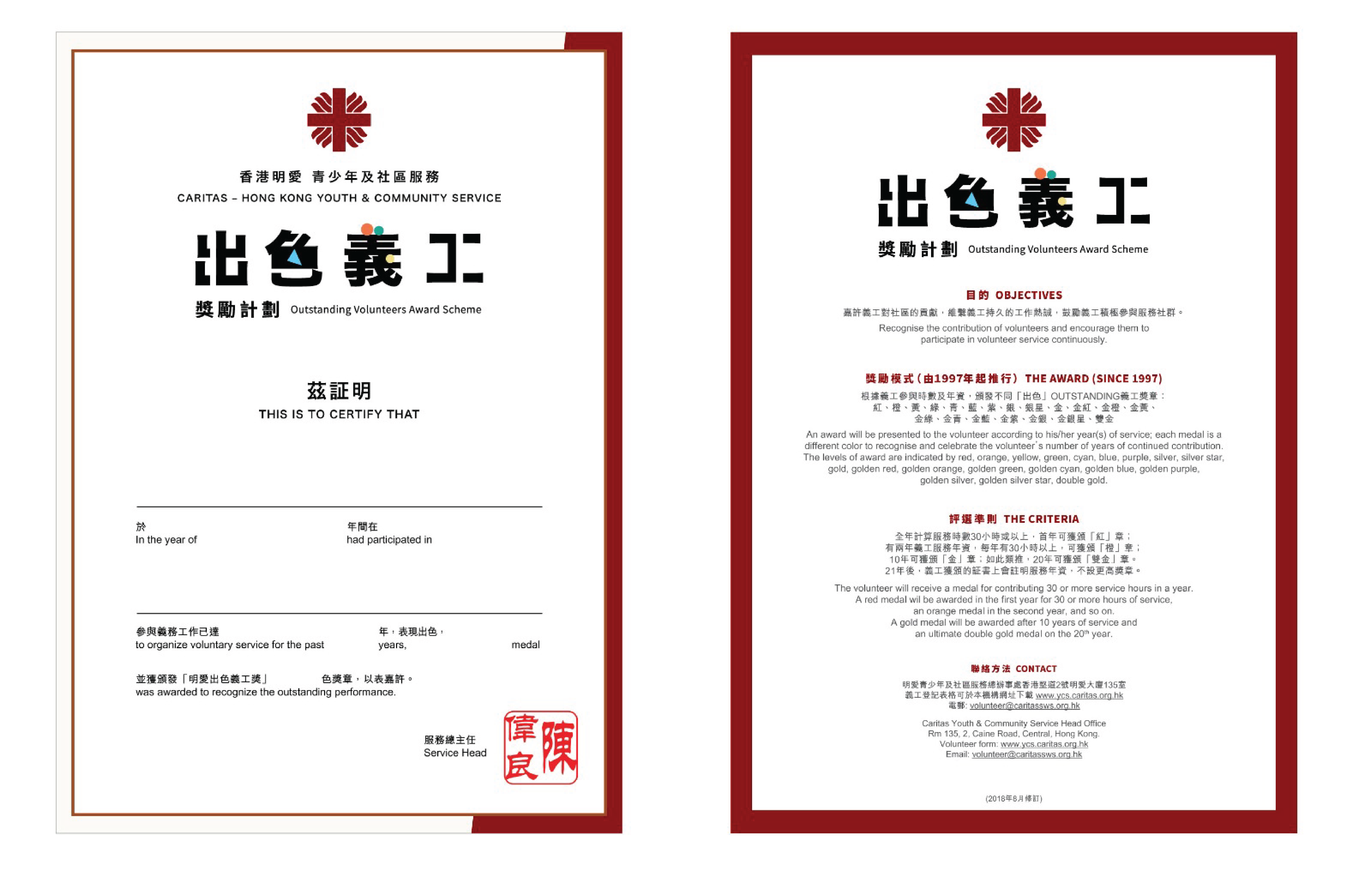